How to contribute to REZ/Z?

REZ/Z offers a place for let´s say to publish your frozen reality. Your readers may notice in the year 2045 that two out of three predictions that have been published here 30 years before have come true. And one of three will happen already in 2035.

All articles and short stories published in REZ/Z are selected by Reiner Schneeberger, the person set in charge for this place. He decides what is suited as a prediction to be published in an artistic way.

One talk, performed by Reiner at the International Paros Art Club in 2011, has been selected to give you an idea of the themes being covered in rez/z. Just click on the invitation card with the entrance slip for 2035 and get a brief outline of this talk. 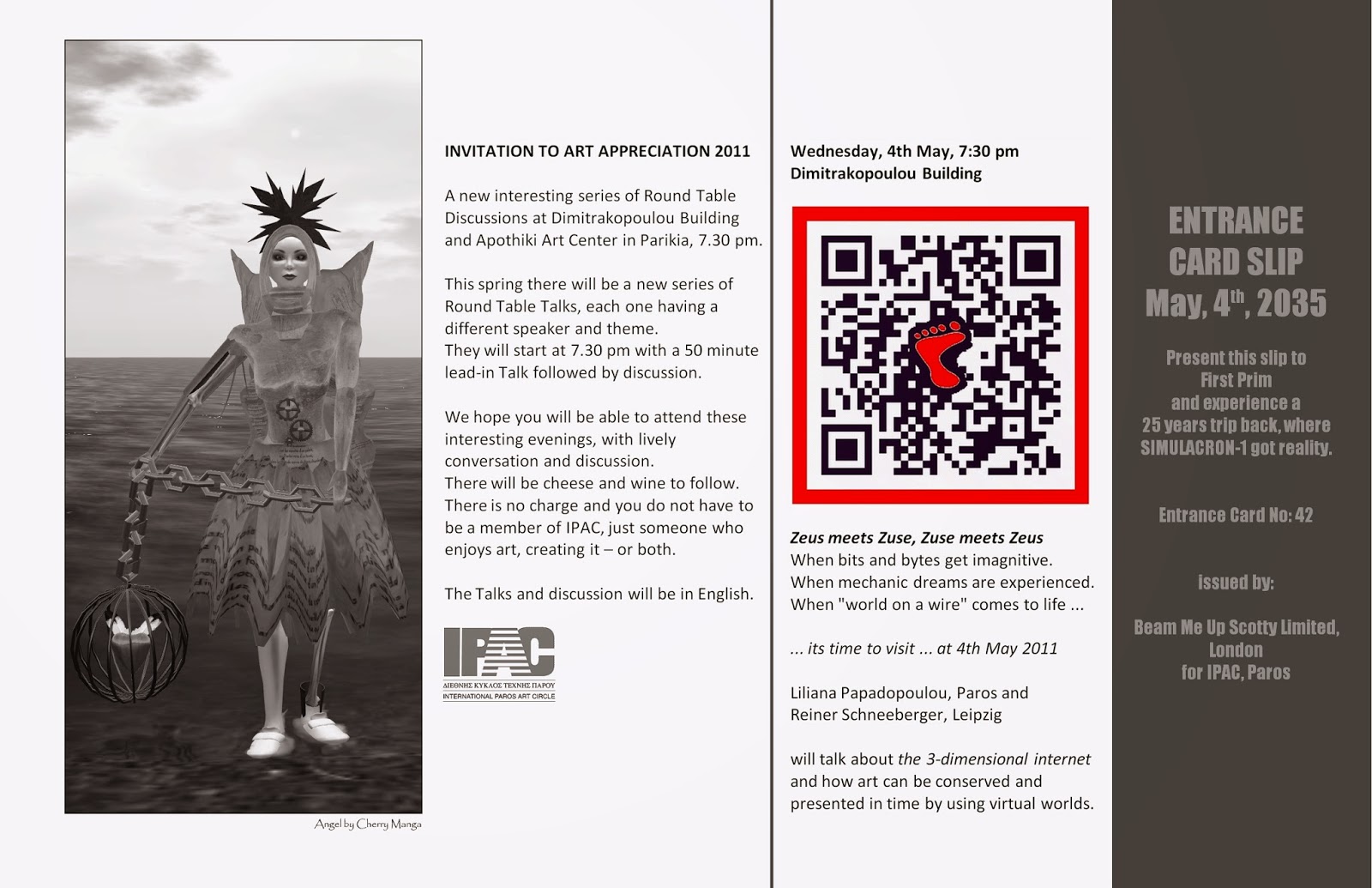 You may now in 2014 already notice as very realistic that the prediction "that Avatars will be steered by solely the brain" will come true. Oculus VR, EPOC, SteelSeries+Tobii will be supported by Son of Nor, a game Reiner Schneeberger is Kickstarter and an early presenter at Life Performers Meeting in Rome. Art Recognition by the human brain is one of his focus since long. In 1978 he published, at the age of 21, at Computer Graphics and Art, edited by Prof. Grace C. Hertlein, a paper "Experimental Esthetics with Computer Graphics -- Analyses of Viewers Impressions of Computer Graphics" [page 20-28].

Reiner Schneeberger studied informatics, political science, made his MBA and moved to the Supercomputer Industry at Control Data Corporation where he was CTO. As instructor for the NATO forces he outlined and performed tests for pilots who wanted to move to a new profession in software development after they reached the retirement age of 35 to 40. To understand the human brain in an hollistic way has always been a strong trigger for Reiner.

Now, at the age of 57 he moved back to the arts, where he has as director of Programmed Art Foundation [Stiftung Kunstinformatik] his focus on recoding software [page 53ff] and to conserve prim based digital art using open 3D environments. All his inventions and ideas are set on MIT open license. This sharing attitude shall have all authors of rez/z in common.

The idea of opening REZ/Z for authors working as futurologists on "Fiction in Science" is an old one. Compare it with the project VULCANICUS where digital art made between 2003 and 2103 is conserved and presented for the next generations so they can explore the beginning of a new form of art and learn out of the past.

Artist may apply to be featured by a header picture in REZ/Z. What is said there, like for the alien dog FLA in March 2014, featuring ZENO ASTRONEN, is of course not a prediction. It is just a story of art.

Search in this Blog